Creation is a symphony, a symphony which only God hears in its fullness. I hope God is listening. I hope that in creation’s symphony, my out-of-tune voice will be gathered with the voices of more exquisite singers to sing a song of joy and praise to the beauty of God and the beauty of creation.

We creatures do not hear the fullness of that song; we only hear fragments – the guy in the TV Mass who sings with power and enthusiasm, but little relationship to the tune, the lovely jazz singer who sometimes leads song in my parish and the enthusiastic chorus of the faithful at the Easter Vigil. The fragments can bring our hearts to soar or shake our bones with their discordance. But in the wholeness of creation, they all contribute positively to polyphonic chorus which comes to the Lord’s ear.

I was reminded of my musings on this topic by an article in the British Catholic magazine The Tablet. In it, writer Mary Colwellremarks on the numerous varieties of birds she now hears singing during the pandemic slowdown. Those bird songs “are part of the massed choir whose notes reach heaven.

“What it is to be one phrase of that music, to be just one element that is broadcasting our sacred presence among a countless throng, is a privilege we must never forget,” Colwell wrote. 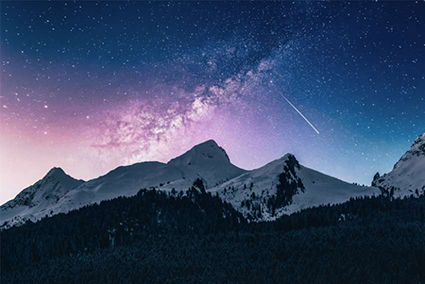 We heard the symphony of creation more clearly during the pandemic as the usual clamour of traffic noise, machines and other urban bedlam receded. Such clatter was replaced by the sounds of nature and children playing in the street.

Now, things are returning to normal in my section of the world. Traffic has increased, and the clanging of construction is returning. In a few months, people may re-commence flying off to all corners of the world in search of something they might easily find in their backyards. Of course, we want the pandemic to end, people’s health to be restored and those without jobs to return to work. We want those in enforced solitude to re-establish social connections.

However, our normal is not God’s normal. The human normal is often discordant. It is filled with cravings for power, prestige and money. Technology has many benefits; it has also entrenched an ethic of power and control over nature. It is despoiling the earth and leaving us as strangers in our own home. The song that it sings clashes with the symphony of creation.

One politician responded to concerns such as those I am expressing by saying, “Do you want to live like the Amish?” Several years ago, I visited an Amish family near Kitchener, Ont. Free of motorized technology, they lived a happy existence. Their region, in which many other Amish lived, was calm; harmony was pervasive.

I do not want to live like the Amish. For one thing, I lack the mechanical know-how. I need to be able to phone plumbers, tree pruners and electricians for help, and I like central home heating. For another, the choice is not black-and-white. It’s not either live like the Amish or hold fast to our resource-depleting, anti-creation, soul-sapping high-tech lifestyles.

A new way can be found. In seeking it, we should not denigrate those who walk gently on the earth and maintain a strong relationship with the Lord and with each other. We might learn from the Amish.

God is all-powerful, yet God has created a cosmos of breathtaking diversity. Pope Francis reminds us, “Respect must be shown for the various cultural riches of different peoples, their art and poetry, their interior life and spirituality” (Laudato Si, 63). Diversity is the song of the universe through which the mystery of communion is made possible. Yet human power tries to force diversity into a monoculture.

I do not understand why I have a tin ear and a voice that does not consistently hit the right note. But I do believe that, in ways beyond my understanding, that voice does meld into the harmony of the cosmic symphony. It is often said that God does not make junk. That disharmony can become harmony is a mystery. But God makes good out of all that has gone wrong, so that all the sour notes from the back pew will merge into the one massed choir whose song is beloved in heaven.