One could almost hear the collective sigh of relief as governments across Canada announced the lifting of some restrictions imposed during Covid-19 pandemic. By the time you read this, Albertans will again be able to get their hair cut or styled and go shopping as retail stores open for business.

As spring spreads across the Prairies, the amount of vehicular traffic increases, disturbing what had been a brief delightful urban silence. Those sequestered in their apartments or homes for weeks with little social contact are emerging, albeit with physical distancing still required. The pandemic is far from over, and many continue to die from the disease that has so changed everyone’s lives. But at least a temporary respite is beginning. 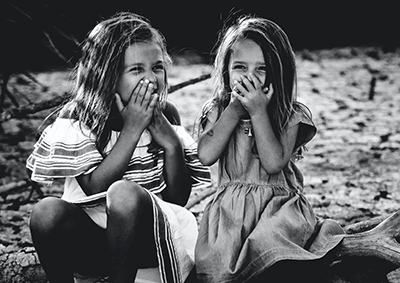 The bad news is that this pandemic may return and that more pandemics may occur in the future. The 21st century has already seen SARS, MERS, Ebola and Covid-19, diseases which seemed to emerge from nowhere to inflict death and harm on individuals and societies.

‘Christian spirituality proposes a growth marked by moderation and the capacity to be happy with little.’ (Laudato Si’, 222)

Of course, they didn’t come from nowhere; they came from animals, many of which suffer from a sharp decrease in their habitat due to human destruction of natural areas, often for large-scale farming, urban expansion and resource extraction. Habitat destruction brings animals into closer proximity with each other and with humans. New viruses and more transmission of those viruses to humans are often the consequence. The root of habitat destruction is the religion of extreme consumerism and never-ending economic growth.

It is a grim irony that the Covid-19 pandemic exploded on humanity in the months prior to the fifth anniversary in May of Pope Francis’ encyclical Laudato Si’, On Care for Our Common Home. Ironic in that the pandemic and climate change stem at least partially from the same root – the destruction of the natural environment.

Laudato Si’ is the most controversial encyclical since at least St. Paul VI’s 1968 Humanae Vitae (On Human Life) which upheld the Church’s moral admonitions against the use of artificial contraception. Again ironically, both encyclicals challenged Western society’s unquestioned faith in technology.

Unlike Humanae Vitae, however, Laudato Si’ has spurred significant political action. Close observers of the 2015 Paris Climate Accord say that without Pope Francis’ strong stand on ecology, the Paris Accord would not have received widespread approval.

Still, the surface of an effective response to climate change has only been scratched. One major problem in developing such a response is that those who live in prosperous nations have not seen the catastrophic effects of climate change. Our human tendency is that, until we witness the havoc that can be wreaked, we refuse to believe such havoc is possible.

Without that belief, political will is weak. Political will to implement needed reforms can be blocked by powerful corporations with vested interests in ensuring current resource extraction processes do not change. However, political will can also be changed from the bottom up. In my Edmonton neighbourhood, the number of homes with solar panels has slowly but noticeably increased in the last few years.

In Laudato Si’, the pope argued, “We must not think that these efforts are not going to change the world. They benefit society, often unbeknown to us, for they call forth a goodness which, albeit unseen, inevitably tends to spread” (212).

Pope Francis called for an “ecological conversion” so those who are indifferent or opposed to efforts to control climate change will realize “less is more.” Humility, an appreciation for the natural world and sobriety are virtues which can help us live in ways which respect natural limits. “Christian spirituality proposes a growth marked by moderation and the capacity to be happy with little” (222).

The expansion of such an ecological conversion can spur governments to act in ways which only they can act: severely limit industrial greenhouse gas emissions, ban destruction of natural areas, offer financial support for homes and businesses to transition to renewal energy, and provide funding for green jobs. Cooperation among individuals, local communities and governments could go a long way toward establishing a new normal which is environmentally and financially sustainable.

To curtail the number of pandemics and prevent the worst effects of climate change requires holistic thought and action. Each problem calls for its own unique solutions. But the underlying matrix of environmental causes must be faced. One global catastrophe is upon us; we should act to prevent those looming on the horizon.

“It is not liberty but power which is the true note of our modern civilization. Man has gained infinitely in his control over Nature, but he has lost the control over his own individual life.”
–Christopher Dawson