About 18 months ago, Nora and I headed off on our walking pilgrimage across northern Spain, the Camino de Santiago. I don’t use the word “pilgrimage” lightly for, although it was a journey that was both physical and spiritual, we went on the Camino as a renewal of faith. 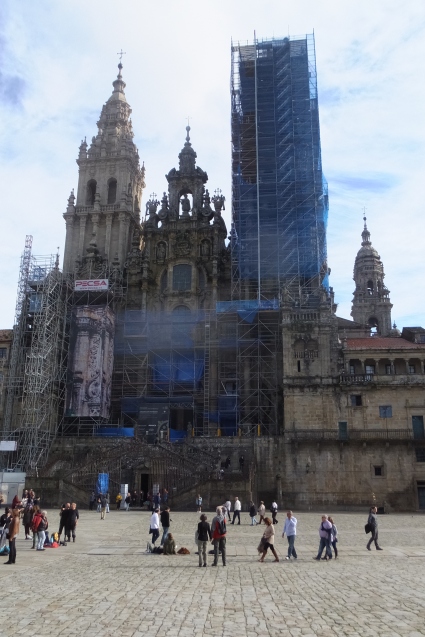 Part of that renewal included the gathering of intentions from friends and relatives for which we prayed daily during our 37-day walk from Lourdes, France, to Santiago de Compostela near the west coast of Spain. I gathered 63 intentions, many of which were my own. They filled eight pages of my diary.

When we returned to Canada, people had lots of questions about our trip, life returned to its normal routine and I put those prayer intentions in the back of my mind. That is, until several months later when people began telling me things like, “You know those intentions I asked you to pray for in Spain? Well, those prayers were answered.”

One woman, who had had a decades-long run of unfortunate relationships with men, finally entered a relationship with a man she could trust. Another woman appeared to have been cured of cancer. One couple was able to come to decision about whether to keep their home or to move away. One teenage boy overcame some deep-seated mental health issues. Other youth seemed to find their vocations in life. This is but a partial list of the answered prayers.

I do not pretend to know God’s mysterious ways, and I certainly make no claim to having been responsible for these turns-of-events in people’s lives. Many prayers did not seem to receive a positive, indeed any, response. In the case of the woman cured of cancer, we were far from being the only ones praying for her.

As well, because we did not directly ask people whether our prayers for them were answered, we have not heard about many of the intentions.

Then, there were other prayers for which there is no way of knowing for sure whether the intentions were fulfilled – prayers for an end to violence, for Catholic schools to be faithful to their mission, etc.

All in all, I was impressed with the divine response to our Camino intentions.

I also thought of the hundreds, if not thousands, of editorials and other opinion pieces I have written in my career as a journalist. Frequently, people told me they like those editorials or even agreed with them. However, I cannot recall a single instance when an editorial sparked a change in public policy.

True, I cannot think of a time when my prayers were followed by new government enactments. But I do have that list of answered prayers from the Camino.

Other times too. Nearly two years ago, on the NHL draft lottery day, I offered up my daily rosary for the intention of the Oilers winning the lottery so they could draft Connor McDavid. I was stunned when, a few hours later and against the odds, the Oilers did win that lottery. Others might ask why I pray for such trivial purposes.

Many years ago, a friend and I were driven from Red Deer to the Calgary airport to catch a flight to Mexico. When we got there, our driver realized she had left the key to the trunk in Red Deer. We needed our luggage, and we needed it quickly.

We took the back seat out of the car, but still couldn’t get the luggage out because of two bars blocking the way. After 20, 30 minutes of twisting and manoeuvring our luggage in unsuccessful efforts to get it out, we were almost ready to give up. I said a last gasp Hail Mary, tugged again on the luggage and out it popped.

A couple hours later in Vancouver, the airline told my friend his luggage was lost. Again, we sat down in the airport and said a prayer. Within 10 minutes, he was told it had been located, and there was no need to worry. He was pretty spooked over that one.

So, prayer does “work.” That is, we ask and God responds. Prayer often works better than all our human efforts. Answered prayer is but a small indication of the boundless love God has for us. It also points to the love we should have for God.