Posted on November 23, 2016 by Glen Argan Leave a comment

Christians sometimes boast of being countercultural, of going against the flow of a culture that is morally askew, that values things more than people, that casts many people to the sidelines. Advent is our chance to put our actions where our mouths are.

The celebration of the birth of Christ looms. However, for mainstream culture it is already here. Christmas trees are erected in mid-November, followed by Black Friday, after which ensues the countdown to Boxing Week.

Ah, it warms the heart to be cynical about what merchants small and large have done to the feast of Christmas.

However, take heart from the prophet Isaiah (2.1-5). In a black time when military invasions are on the horizon, the prophet spoke to the people of “days to come when the mountain of the Lord’s house shall be established as the highest of mountains, and shall be raised above the hills; all the nations shall stream to it.”

Today, if nations should come streaming – Lord knows they are! – they might run into a wall at the border designed to keep them out. Heartbroken, they will return to places of oppression. The welcome signs are being taken down, and scapegoats are being sought for the hard times which afflict many.

The call to the Church – to us – is to be prophetic, to send forth the word of God from Zion and from every other hill and valley. More than speak the word, we must live it. Live it 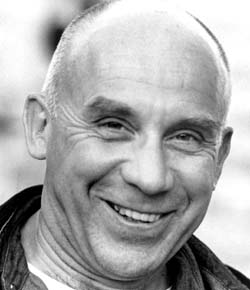 through prayer, through calls for justice, for living less materialistically and through sharing with those who have less.

In 1950, Thomas Merton wrote about Advent as a season of hope (“Advent” Hope or Delusion?”). Hope, however, does not come by suppressing tragic realities. It comes by looking them in the eye and then looking past them to the seeming tragedy of the crucifixion and the victory of Christ’s resurrection. One cannot hope if one has not first met despair.

“The Advent mystery,” Merton wrote, “is a mystery of emptiness, of poverty, of limitation. It must be so. Otherwise it could not be a mystery of hope.”

Remember those who have been hurt most deeply this year – the newly widowed, the jobless, those who have learned they suffer from terminal diseases. For if hope is to arise, it will shine most brightly amidst such pain. Forget about the shopping malls; they only bring despair.

St. Paul too (Romans 13.11-14) calls out in Sunday’s readings: “The night is far gone, the day is near. Let us then lay aside the works of darkness and put on the armour of light. . . . Let us put on the Lord Jesus Christ and make no provision for the flesh.”

As Boxing Week draws near, we are called to be countercultural. Perhaps no one will notice. But we will know. We will know when we have laid aside the works of darkness and put on the armour of light. As Pope Francis encourages us: “Let us not be robbed of hope.”